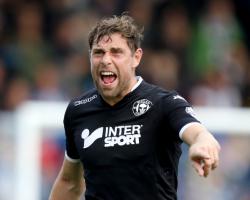 The striker was a free agent after leaving Wigan in January and could feature for Dale at Bradford in Sky Bet League One on Saturday.

The 34-year-old joined Wigan in 2013 after a successful four-year spell at Norwich where he helped the Canaries into the Barclays Premier League.

He only played 27 times for the Latics, scoring twice, following an injury-plagued spell